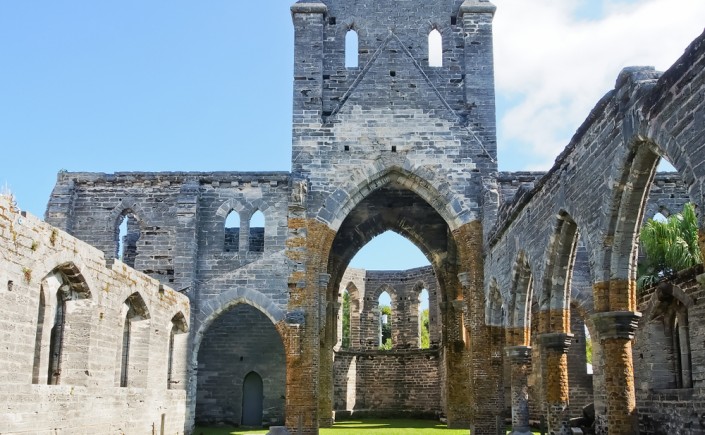 If you’ve ever indulged in the pleasures of a fantasy world—whether Harry Potter, Lord of the Rings, The Chronicles of Narnia, or countless other literary, film, and TV classics—you must make your way over to St. George’s Town to marvel at the Unfinished Church. As you might have guessed, it’s a not-quite-complete structure, and though you won’t find any elves or sorcerers hiding among the ruins, you will enjoy the mysterious and enchanting sight of gothic columns, archways, and stone walls, with a floor of thick grass and a ceiling of azure sky. In 1874 a raging storm inflicted severe damage on St. Peter’s Church, which had served the community for more than two centuries. Opting to build a new place of worship, rather than repair the old one, officials poured money into a new construction project, which was eventually abandoned due to lack of funds and a strong affinity for the old church among some community members. Today, the remnants of the Unfinished Church are preserved as part of the St. George’s World Heritage Site, which inspires the imaginations of countless visitors every year.