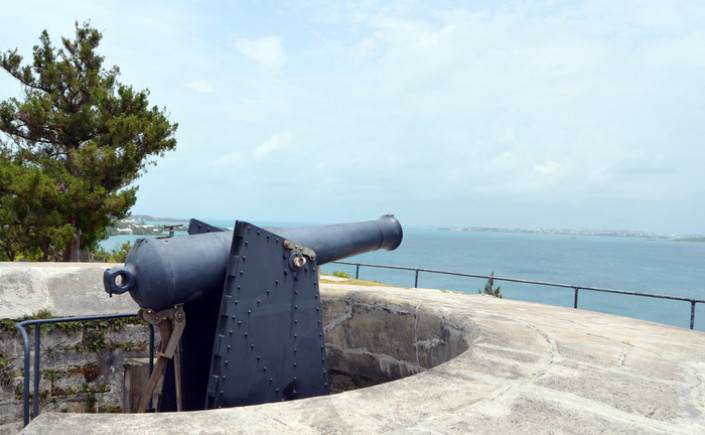 Located about 650 miles east of the of the U.S.’s North Carolina coast, Bermuda was for centuries a strategic docking point for the British Royal Navy. Today, you’ll see remnants of this militant maritime past all over the island, and while the Royal Naval Dockyard is the most famous of such historical sites, we also suggest a visit to Scaur Hill Fort and Park during your visit. Situated in Sandys Parish, the fort was constructed in the 1860s by officials who feared the United States might attack. During the American Civil War, Bermuda amassed great wealth through trade with the Confederacy—a fact the victorious Union, which had tried mightily to prevent access to southern U.S. harbors during the war, was not very happy about it. Today, you can explore this fascinating site, which boasts gun emplacements, cannons, and even a moat. Nature lovers will be enchanted by the beautiful gardens, and every visitor needs at least one photo with the storied Weather Stone.