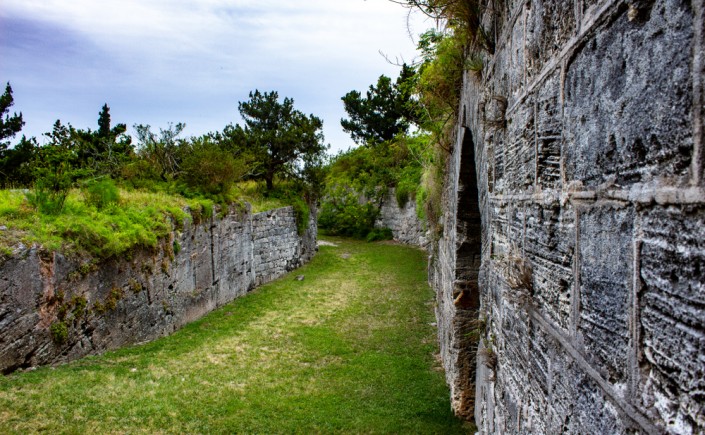 Scaur Hill Fort and Park and the Invasion that Never Came

As you may recall from your US history class, during the American Civil War, Union forces strove diligently to block supplies from arriving at Confederate ports. What you may not know is that Bermuda played a key role in helping the Confederates bypass those blockades. When the Union emerged victorious, Britain was understandably concerned that the Americans might try to seize Bermuda. So, to protect the island’s Royal Navy Dockyard from a potential US invasion, the British constructed Scaur Hill Fort. Virtually invisible from the sea, Fort Scaur offers visitors both a fascinating look into Bermudan (and British Imperial) military history and breathtaking panoramic views of land and sea. Walking trails in the surrounding park are flanked year-round by lush flora, including coconut palms and palmettos, and we’re told that evening strolls at the fort can be quite romantic.